A warm welcome to St Andrew’s Church Shrivenham. You will find a range of services over the course of the month, from Common Worship and Book of Common Prayer to Family Worship and Prayer and Praise - hopefully something for everyone! Our main Sunday service is at 10:15am (usually Family Communion), with Holy Communion at 7:45am on the first and third Sundays of the month, and Compline & Benediction on the first Sunday of the month at 6pm. We meet for Morning Prayer at 9am on Tuesdays.

Children are welcome at all of our services, and a special area with colouring materials, toys and books is provided.

Our family service is held on the first Sunday of the month and includes prayers and readings led by the children, contemporary songs and participation with musical instruments. Baptisms also take place during this service.

Jointly run by the Methodist Church and St. Andrew’s, this ‘pop-up’ Café meets in Shrivenham School on the second Saturday of the month between 10 and 11:30am.

All ages are welcome to come along for tea and coffee, bacon rolls, homemade cakes, newspapers and friendly chat.

Younger guests can play with a range of toys or join in craft-based activities. We have a short "Thought for the Day" when matters related to Christian beliefs and/or current affairs are considered.

Shrivenham Baby & Toddler Group meets in St Andrew's from 9 - 11am on Thursdays during term-time. Lots of fun with crafts, toys, games and a snack, with refreshments for carers. Suggested donation £1.

ASK is a voluntary local group whose members are experienced in offering pastoral support and are happy to be asked for help - maybe to talk, pray for and about things or perhaps provide a lift to church. Our first Wednesday Communion service at 11am is shorter than on a Sunday - helpful for those who find it difficult to sit for too long or cope with larger congregations. Refreshments are served after the service (worth coming for those alone!)

Join us for a Full English Breakfast and a chat in the Prince of Wales at 8:30am on the third Saturday of the month.

Worship and Praise with live music and contemporary & traditional songs from 5:30 – 6:15 pm on the third Friday of the month.

The Benefice choir is based at St Andrew's and leads worship on at least one Sunday each month. It supports services at all of the churches as well as concerts and special Christmas services. They practice at 6:30pm on Thursdays - new members welcome. There is also a keen band of young servers who process, carry the cross, candles and banner and serve the minister during the service.

The tower houses one of the best rings of ten bells in the county, cared for and rung regularly by an enthusiastic team of ringers. They practice at 7:30pm on Mondays - come along if you would like to find out more. The handbell team is active across the Benefice with performances in Christmas services, concerts and at Café Inspire.

The tower predates the rest of the church by about 300 years. It was built in around 1400. It is assumed that there was an earlier tower, which housed the little 1cwt Sanctus bell which is thought to date from about 1320 and is still in daily use.

The tower has a ring of ten bells. Prior to 1908, there were six bells by William & Robert Cor of Aldbourne of which the 5th and tenor were dated 1701

They were replaced by Mears and Stainbank by a new ring of six bells in 1908.

Gillett & Johnston of Croydon cast two further bells in 1948. These were a gift from the American & British forces stationed at Beckett House in WW2.

The ring was increased from eight to ten bells in 2003 when the Whitechapel Bell foundry cast the present treble and second bells.

There has been a church on the site of St. Andrew’s for over 900 years and it is mentioned in the Doomsday Book. It was marked out as one of England’s 1000 Best Churches in Simon Jenkins book.

With the exception of the 13th century tower and a small bit of the west wall, the church was built during the reign of Charles I, at a time when there was very little in the way of church building taking place in England. As such, it presents a rather unusual style - a merging of late Perpendicular and Classical.

The medieval building was dismantled in 1638, leaving intact only the tower with its crossing arches. Long arms were built from each of the tower arches to create the building we see today.

You enter through a paved 18th century west porch, where there is a royal coat of arms to George III, dated 1764. The lead panels are thought to originally have been incorporated into the roof. As you enter the church itself you will find a sense of space and light; the nave roof seems to soars above your head, but the roof supports are not aligned with the slender elongated Tuscan columns. The huge Perpendicular windows let in an enormous amount of light, like the space between the columns they are rounded at the top but only on the inside of the church.

The font is late 12th/13th century and is made of black Purbeck marble.

Within the church there are a number of monuments to members of the Barrington family, major benefactors, who lived in Becket House, now part of the Defence Academy. These monuments are numerous and some are very grand but of particular interest, tucked away in the North West corner is a monument in white marble to Admiral Samuel Barrington, a naval hero who in 1759 captured the French vessel Count de Florentine off St Lucia. The French captain's white flag of surrender was brought back to St Andrew’s church. As you move to the east end, the oak pulpit is of Jacobean design and used to have three levels.

In the chancel is a lovely brass chandelier dated 1726. The chancel floor is very striking, with a black and white design in marble. The east window has the only coloured glass in the church, including an image of a bishop with the date 1505. This may be John Hawkborne, Abbot of Cirencester Abbey which owned St Andrew's until the Reformation.

The chancel walls have wonderful late 17th and early 18th century memorials, including that of Sir John Widman (d. 1693), a fascinating character who in 1683 was implicated in the Rye House Plot to kill Charles II. He later supported the Duke of Monmouth's abortive attempt to seize the throne, before throwing his support behind William and Mary. When William and Mary's bid for throne succeeded, Widman bought the position of Postmaster General. He was knighted in 1692, but died the following year.

The Lady Chapel is not dedicated to Mary the mother of Christ but rather unusually to Mary Magdalen. There is a hanging 18th Century ‘Pyx’ for the reserved sacrament, one of only about half a dozen known examples in the country. In the south aisle there is a much worn 13th century effigy which is probably a woman, but it is so worn as to make all identification pure conjecture. On the wall above this hangs the Benefactions board from 1786 which was restored in 2012.

A more detailed description and guide book is available inside St Andrew’s. 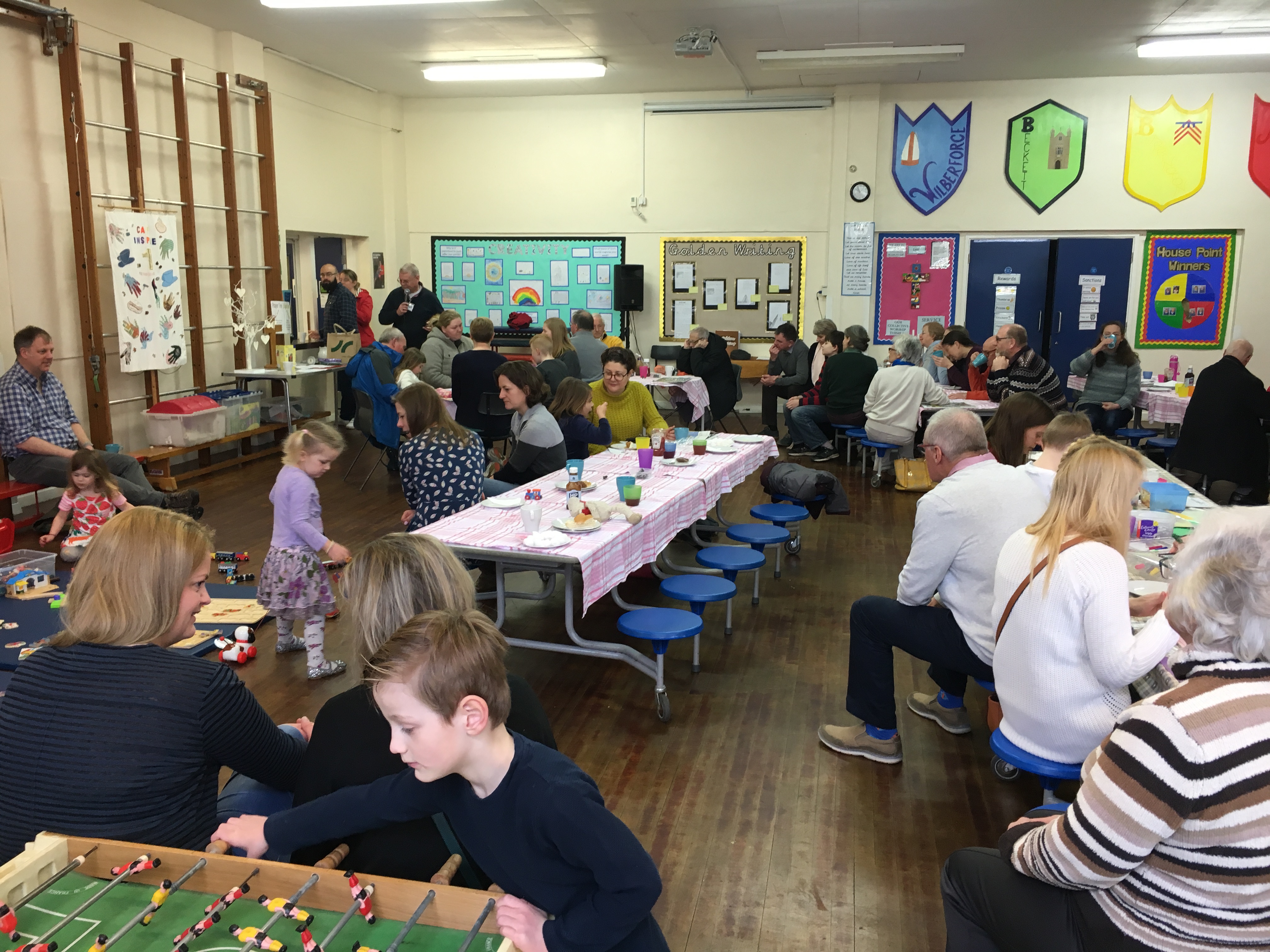 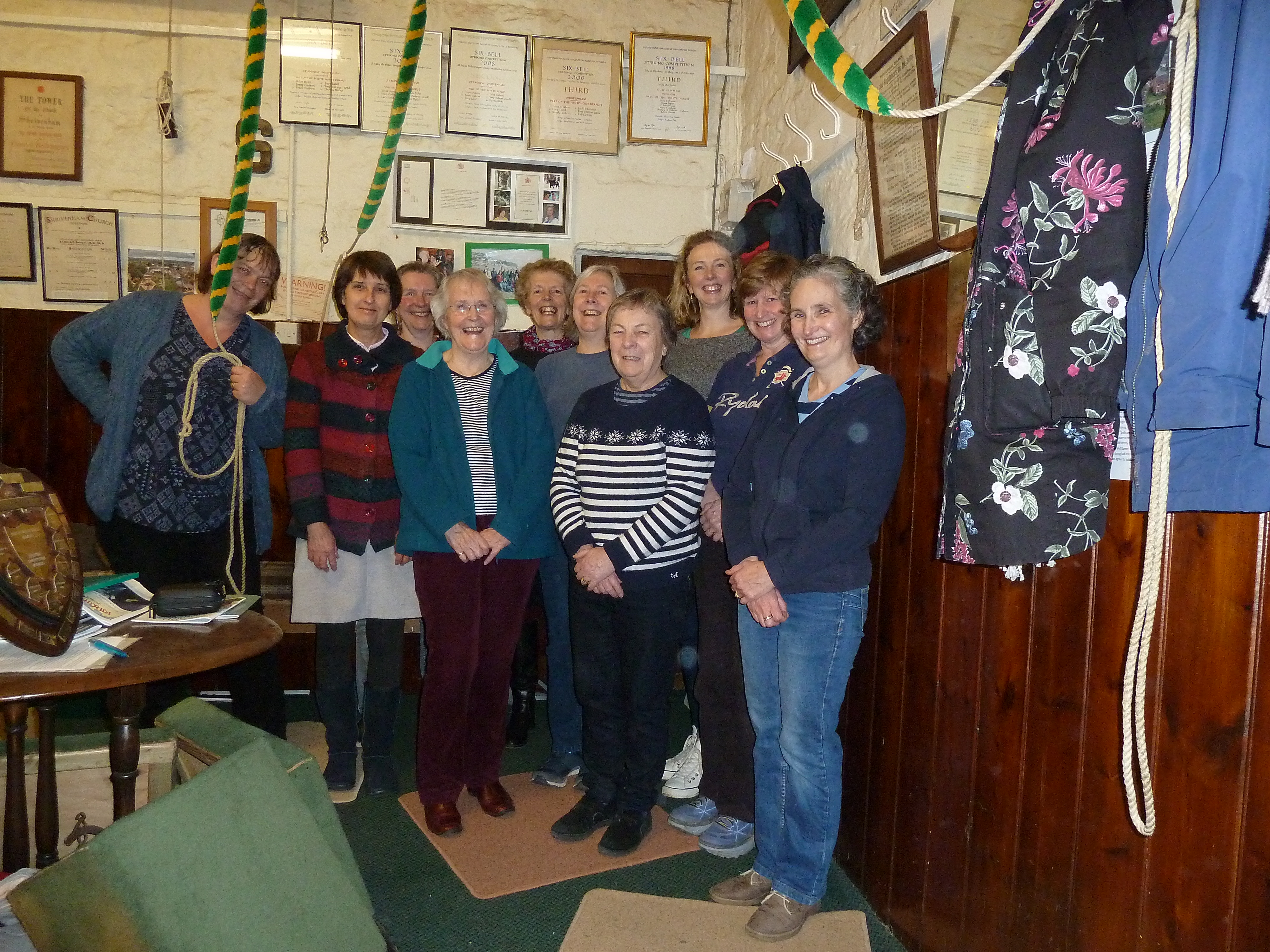 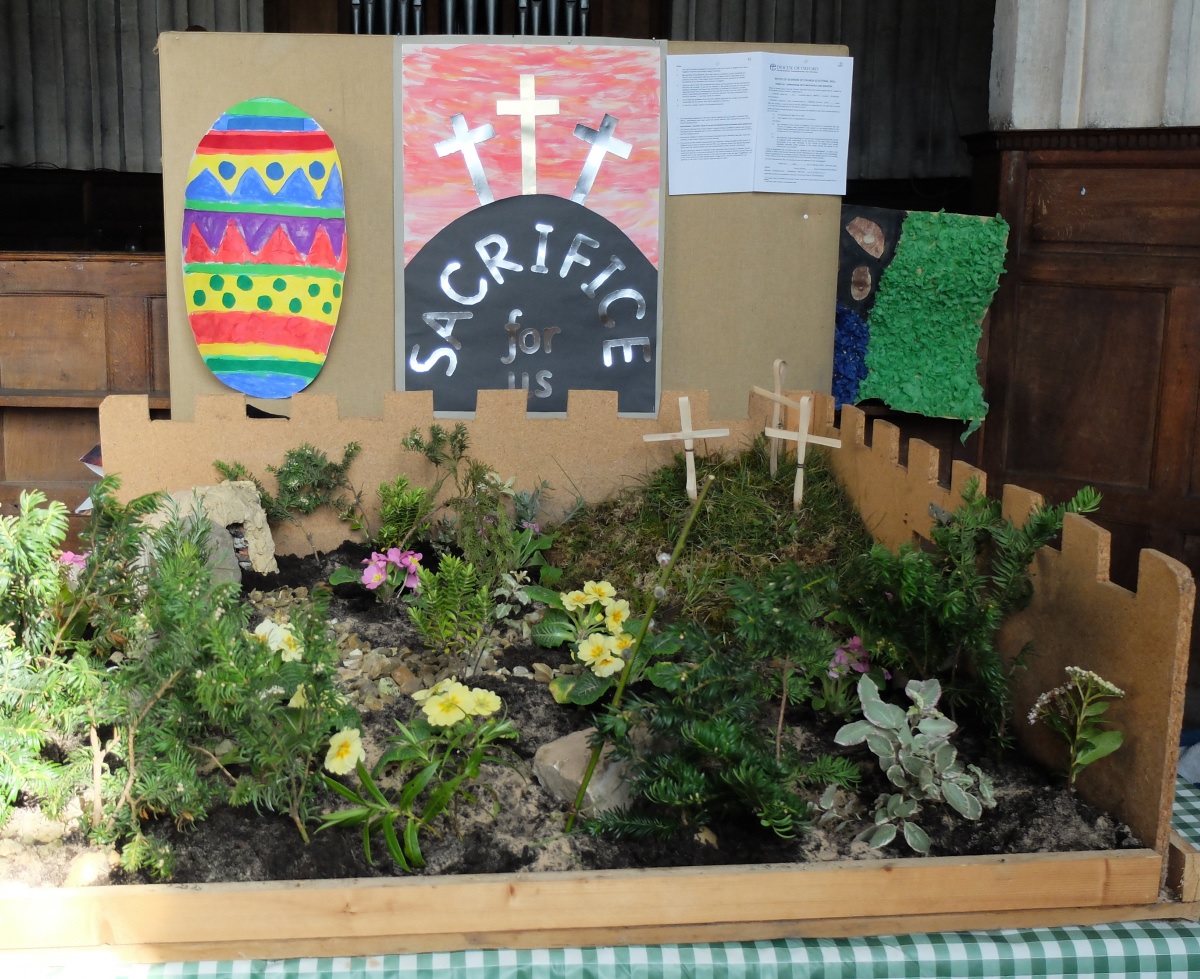